On April 15, 2009, operation SharQc was conducted by the provincial police force Sûreté du Québec.[112] The first specialized organized crime law enforcement task force in the province was composed of the RCMP (Royal Canadian Mounted Police), the Sûreté du Québec and the Montréal Police. Their goal was to investigate the Nomad chapter of the Hells Angels in the Montreal and Quebec City regions until it was dismantled two years later to make way for a bigger, province-wide Task force.

The tough shell of secrecy that protected the Hells Angels for years finally cracked during an investigation that has resulted in the arrests of almost every member of the gang in Quebec. On April 15, 2009, operation SharQc was conducted by the provincial police force Sûreté du Québec. According to police, at the time it was the biggest strike at the HAMC in Canada's history and probably in all of HAMC's history. In all, 177 strikes were conducted by the police, 123 members were arrested, charged with for first-degree murder, attempted murder, gangsterism or drug trafficking. The police seized $5 million in cash, dozens of kilograms of cocaine, marijuana and hashish, and thousands of pills. The operation was expected to lead to the closing of 22 unsolved murders. Operation SharQc involved a full-patch member of the gang turning informant, a very rare occurrence in Quebec. 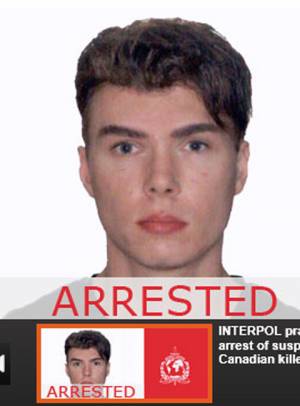