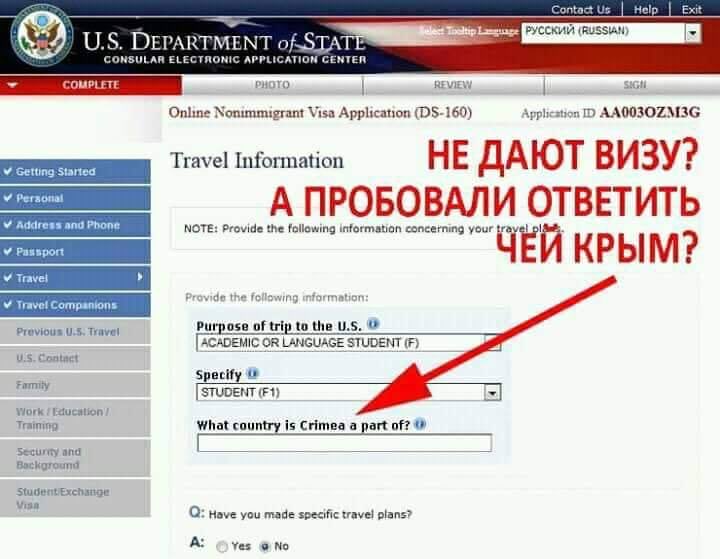 While the Nasha Canada (Our Canada) Twitter account most likely intended it as a joke, online satire can sometimes be taken seriously when seen out of context. While the U.S. has imposed sanctions affecting individuals connected to the Russian annexation of Crimea, as well as sanctions on doing business in occupied Crimea, the image of the visa application is fake.

“We can confirm that there is no question relating to Russia’s attempted annexation of Crimea on any U.S. visa application,” a U.S. State Department official wrote to Polygraph.info.

Posts from This Journal “Крым” Tag